Home About Us Clinical Advisory Board 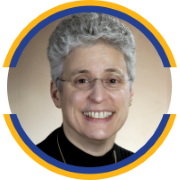 Angela M. Caliendo, MD, PhD is Professor and Executive Vice Chair of the Department of Medicine at the Warren Alpert Medical School of Brown University. Prior to joining the faculty at Brown, she was Professor and Vice Chair of Pathology at Emory University School of Medicine, the Director of Emory Medical Laboratories, and the Medical Director of Clinical Microbiology and Molecular Diagnostics Laboratories.

Dr. Caliendo’s research has focused on the development of molecular diagnostic tests for the detection and quantification of infectious diseases and assessment of their clinical utility; molecular testing in transplantation; standardization of viral load testing; and evaluation of HIV-1 RNA burden and the development of antiretroviral resistance in HIV-1 seropositive women.  Dr. Caliendo has published over 150 peer-reviewed manuscripts covering various topics in clinical and diagnostic virology and microbiology and was a recent recipient of the Ed Nowakowski Senior Memorial Clinical Virology Award from the Pan American Society for Clinical Virology and the BD Award for Research in Clinical Microbiology from the American Society for Microbiology. 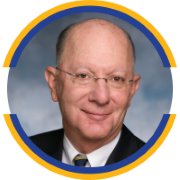 Melvin P. Weinstein is an honors graduate of Rutgers University and received his M.D. degree from the George Washington University.  He trained in Internal Medicine at Hartford Hospital and in Infectious Diseases and Clinical Microbiology at the University of Colorado.  He is board-certified in Internal Medicine, Infectious Diseases, and Medical Microbiology.  Dr. Weinstein joined the faculty at Rutgers Robert Wood Johnson Medical School in 1977 and holds the rank of Professor of Medicine and Pathology & Laboratory Medicine.  At RWJMS, he was the Chief of the Division of Infectious Diseases, Allergy and Immunology in the Department of Medicine from 2001-2019.  He also holds an appointment as Professor of Pharmacology and Clinical Pharmacy at the Rutgers University College of Pharmacy.

An author of more than 125 original research articles in peer-reviewed journals as well as numerous invited articles, chapters, and published abstracts, Dr. Weinstein’s research has focused on the clinical and prognostic importance of bloodstream infections and the scientific basis for blood culture methods and systems.  He also conducts research on methods for detecting emerging antibiotic resistance in the clinical laboratory and cost-effective use of diagnostic testing.  He has lectured nationally and internationally on these and other topics. 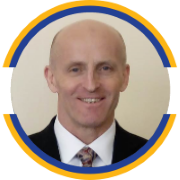 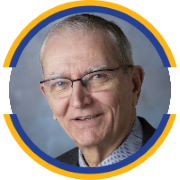 He is an infectious diseases specialist and hospital epidemiologist, past president of the Society for Healthcare Epidemiology of America and past chair the antibiotic resistance committee of SHEA.  He is a fellow of the Infectious Diseases Society of America (IDSA) and past Chair of the National and Global Public Health Committee, the Antibiotic Resistance Subcommittee, and is co-chair of the guideline for Clostridium difficile Infection of IDSA and SHEA. He served as a member of the Board of Directors of IDSA from 2005-2008. He has been honored with the Lifetime Achievement award of the Anaerobe Society of the Americas in 2010 where he is also past president. He has also received the Lifetime Achievement Award of the Veterans Affairs Society for Physicians in Infectious Disease in 2014. He is a Master of the American College of Physicians and the 2013 recipient of the William Middleton Award, the highest research award given by the Department of Veterans Affairs. He is a member of the American Society for Microbiology, and is board certified in Internal Medicine and Infectious Diseases.

His research interests include the epidemiology and prevention of Clostridium difficile infection, antimicrobial resistance, and antimicrobial distribution and kinetics.  He has been a Merit Review funded research investigator in the VA for over 40 years and is the author of over 400 peer-reviewed journal publications, book chapters, and review articles.  He holds patents and technology for the use of non-toxigenic C. difficile for the prevention and treatment of this disease.  He is a member of the editorial boards of Clinical Infectious Diseases, Antimicrobial Agents and Chemotherapy, Gut Microbes, and Infection Control and Hospital Epidemiology, and is an ad hoc reviewer for numerous other medical journals. 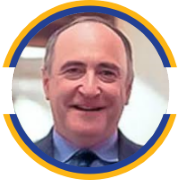 Dr. Ciarán P. Kelly, M.D. serves as the Chief of the Herrman L. Blumgart Internal Medicine Firm. Dr. Kelly serves as Director of Gastroenterology Training and Medical Director of the Celiac Center at Beth Israel Deaconess Medical Center, Boston, Massachusetts. Dr. Kelly serves as Member of Clinical and Scientific Advisory Board of Alvine Pharmaceuticals, Inc. He serves as a Member of Clinical & Scientific Advisory Board at ImmusanT, Inc. He has been a Member of Clinical Advisory Board at Synthetic Biologics Inc. since June 30, 2014. Dr. Kelly has longstanding clinical and research interests in intestinal infection and inflammation and has studied the pathogenesis and management of celiac disease for over 20 years. He serves as a Member of Scientific Advisory Board at Cour Pharmaceutical Development Company, Inc. He serves as an Associate Professor of Medicine at Harvard Medical School. Dr. Kelly is the Author of more than 150 clinical and basic research book chapters, invited reviews and peer-reviewed publications appearing in such journals as Infection & Immunity, American Journal of Physiology, Gastroenterology, Journal of Biological Chemistry, Journal of Clinical Investigation, The Lancet and New England Journal of Medicine. Dr. Kelly is a Fellow of the American College of Gastroenterology and a past Fellow of the Royal College of Physicians of Ireland. Dr. Kelly was a Foundation Scholar at Trinity College in Dublin, Ireland and recipient of numerous academic awards from it. Dr. Kelly earned his doctor of medicine degree from Trinity College in Dublin, Ireland. Dr. Kelly has also received postgraduate clinical and research awards from the Crohn’s and Colitis Foundation of America, the American Gastroenterological Association and the National Institutes of Health. 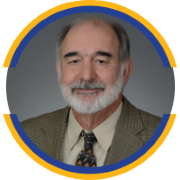 Dr. Stephen Brecher, also known as the “Chief of Staph”,  has been practicing clinical microbiology for 50 years. He is the Director of Microbiology at the VA Boston HealthCare System (36 years) and is an Associate Professor of Pathology and Laboratory Medicine at the Boston University School of Medicine. He is on the editorial board of the Journal of Clinical Microbiology and has chaired/convened a workshop on antibiotic resistance at the annual meetings of the American Society for Microbiology for 20 years. His research interests are centered around C. difficile infections, antibiotic resistance, and the field that is keeping him from retirement, improved technology for rapid, accurate diagnosis of infectious agents, including antibiotic resistance testing. Dr. Brecher is well known for his expertise in these fields and for his ability to tell you that the microbes are winning, but life is still fun. He has lectured worldwide and most recently (January, 2019) gave a TEDx talk on bacteria (“To see three pounds of bacteria, look in the mirror”).

James Kirby is the Medical Director of Clinical Microbiology at Beth Israel Deaconess Medical Center and an Associate Professor of Pathology at Harvard Medical School. He is Board Certified in Clinical Pathology and is a Diplomat of the American Board of Medical Microbiology. He received degrees from Yale College and the University of Pennsylvania School of Medicine, and performed residency training at the Massachusetts General Hospital and research training at the National Institutes of Health and the Tufts Sackler School of Medicine.  He is a National Institutes of Health-funded scientist whose research efforts include antibiotic development, understanding how bacterial pathogens cause disease, and development of novel antimicrobial susceptibility testing platforms. From 2009-2012, he was the President of the Northeast Branch of the American Society of Microbiology. He has served on the Editorial Boards of the Journal of Clinical Microbiology, and Applied and Environmental Microbiology

More information about Dr. Kirby may be found at www.kirbylab.org.